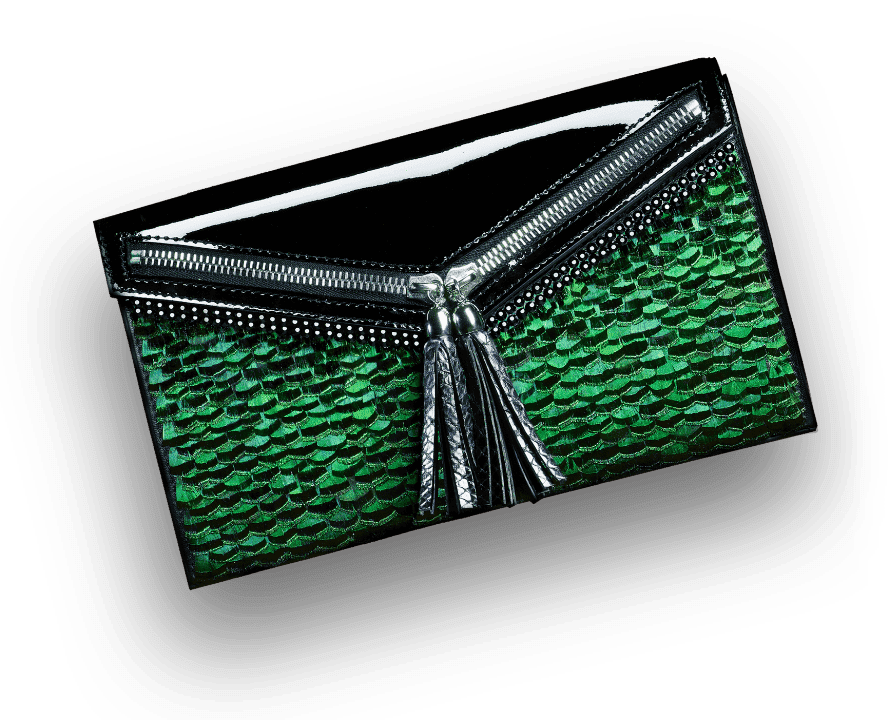 Modern and luxurious, Ingrid Paris clutch bags are the ultimate in haute couture chic. The designer draws from ancestral feather artwork to disrupt the rules of high fashion with looks that are bold, savage, and unique. 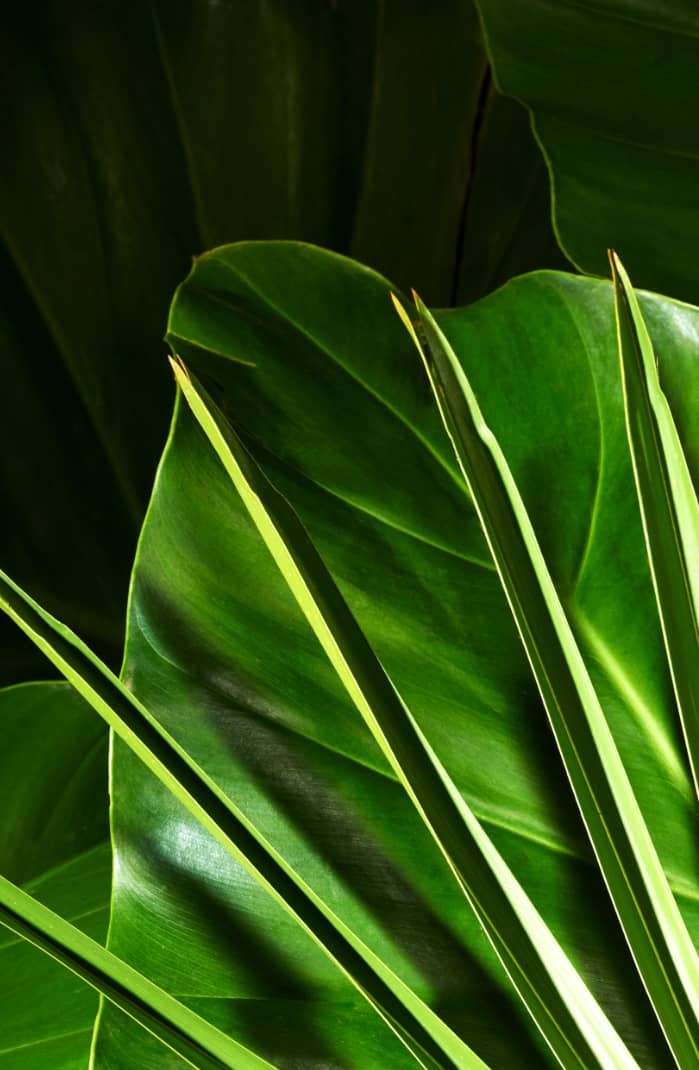 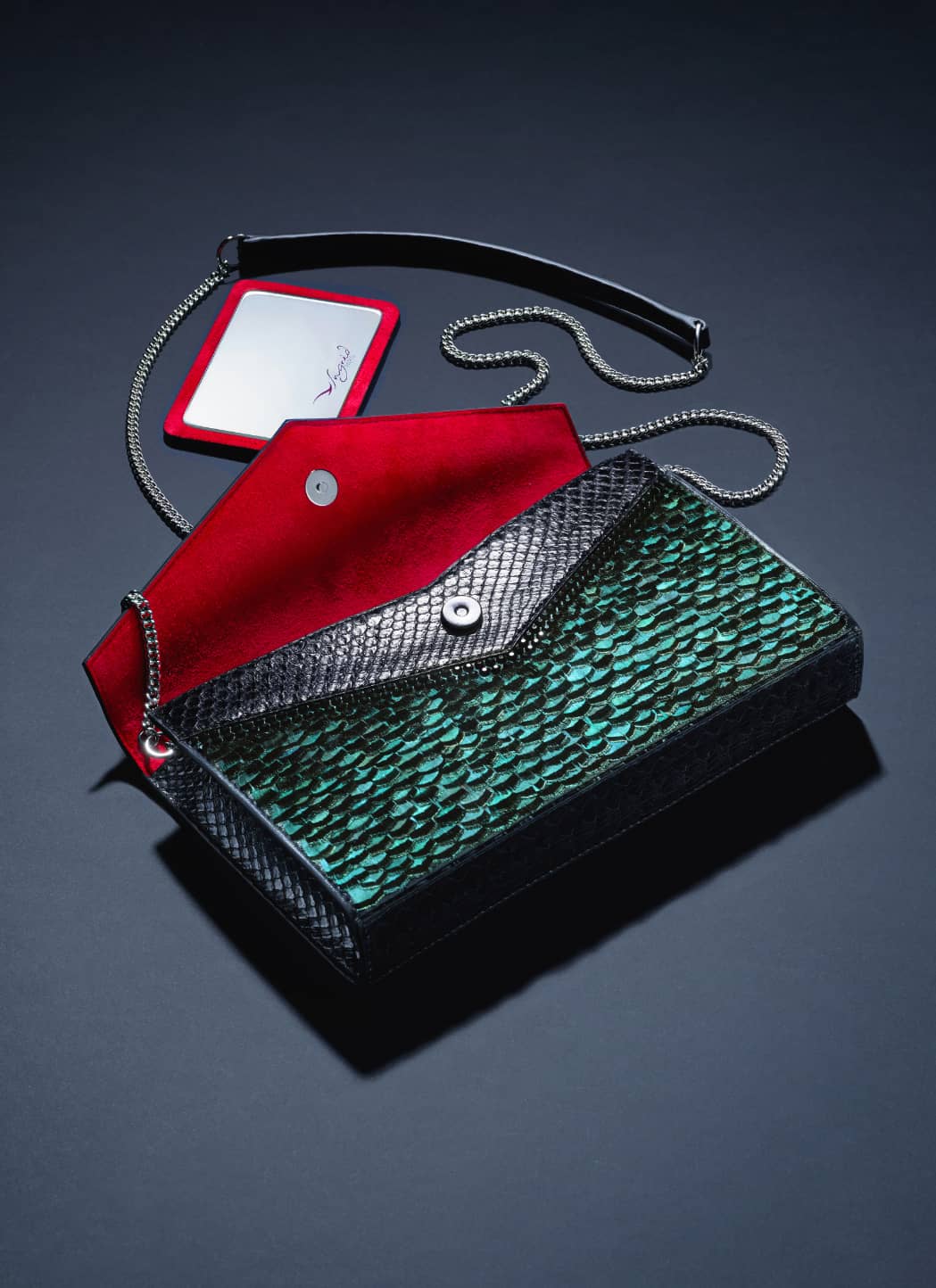 Ingrid Paris clutch bags are handmade in a Parisian workshop in close collaboration with century-old fashion brands that have built a reputation of excellence.

Custom-made, each of these exclusive and one-of-a-kind bags combines traditional French know-how with the designer’s offbeat creativity and imagination. Ingrid Paris clutch bags take you on a journey, incorporating the past, present, and future with original designs developed in conjunction with younger artists who bring a casual, innovative, and forward-thinking vision to the creations. 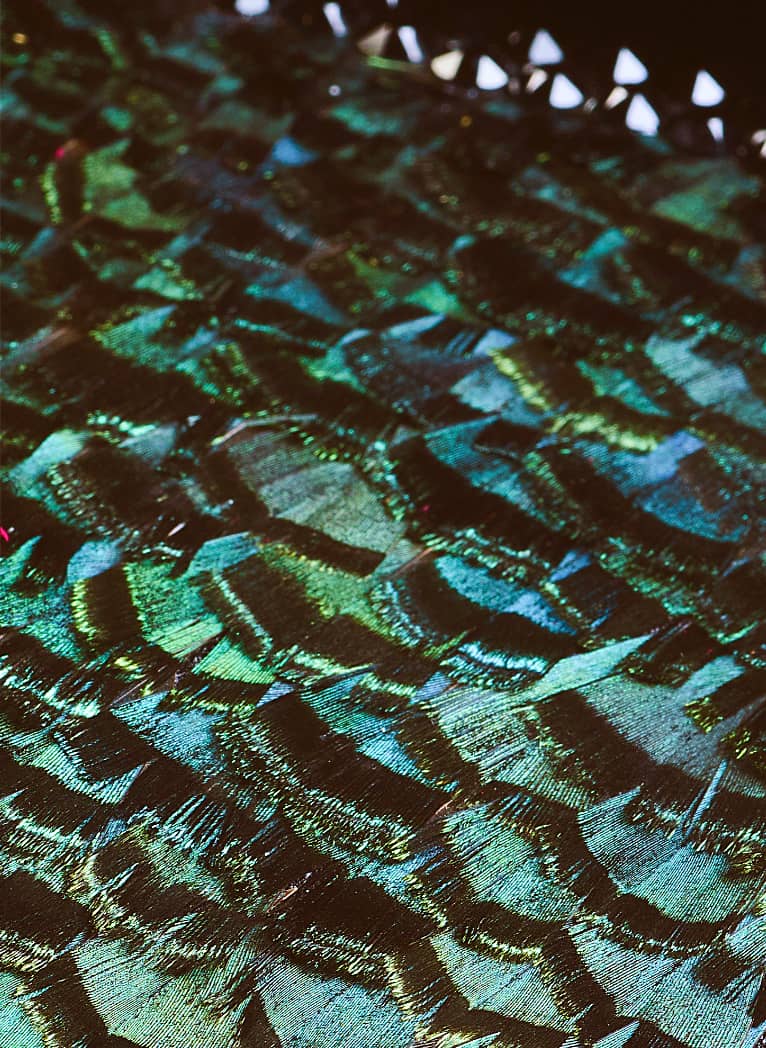 Ingrid Paris combines sophisticated haute couture with ancient feather artwork, a sacred art form based on the creation of lightweight, colorful, beautiful feather ornaments.This art form was (and continues to be) practiced by certain tribes during events, ceremonies, and rituals.

In the early 20th century in Paris, women were extremely fond of hats made with feathers. Unfortunately, this trend was short-lived and the workshops gradually became obsolete. Today, we have haute couture and the entertainment industry to thank for the renaissance of feather artwork. Still relatively unknown to the public, this artwork requires an eye for detail and precision and is often associated with the world of luxury.

The essence of Ingrid Paris is timeless, embodying the strength of the past, present, and future, the union between the spiritual and the material, between heaven and Earth, intertwining to create a unique product, one full of life, meaning, and sensitivity. An ancestral art based not only on tradition, but on new and modern fashion, where each piece is carefully designed in accordance with ancient techniques and innovation, combined with a touch of trendy flair and eccentricity. Boundless, limitless, Ingrid Paris is a magical vision of fashion and feathers.

The strength of the past, present, and future, the union between the spiritual and the material, between heaven and Earth, intertwining to create a unique product, one full of life, meaning, and sensitivity
is the essence of Ingrid Paris.

Every Ingrid Paris clutch is handmade in accordance with responsible and environmentally-friendly production methods, from the purchase of raw materials in France to the use of recycled products from large fashion houses. The designer uses some of Earth’s most precious resources for her creations. Each piece is designed with animal or vegan leather and decorated with natural feathers for uncanny flair and sophistication. 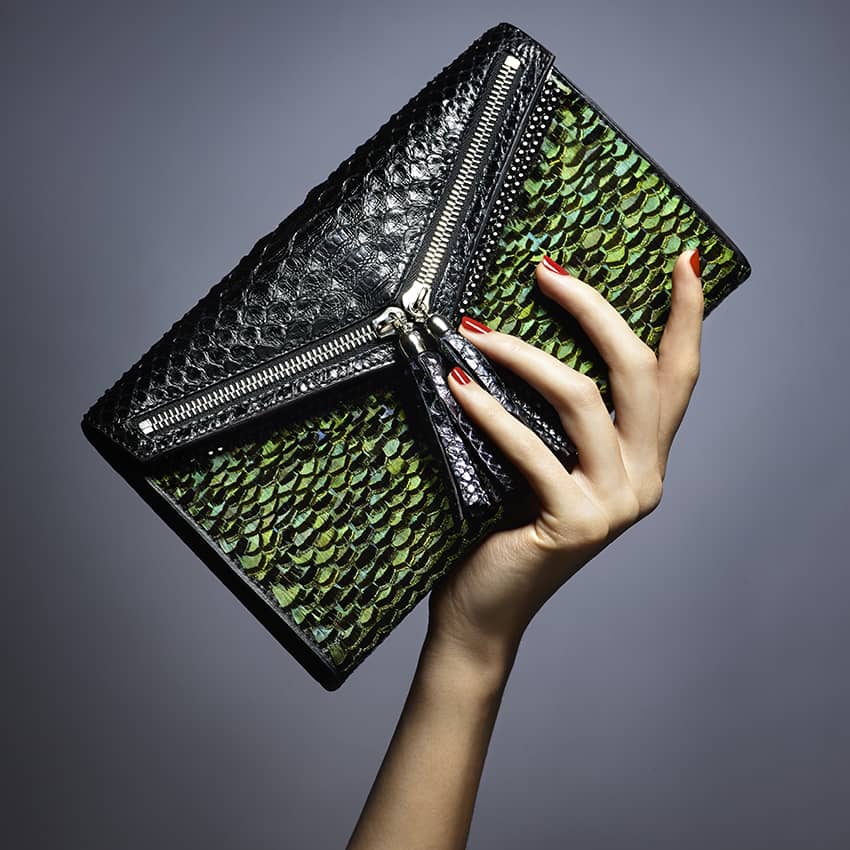 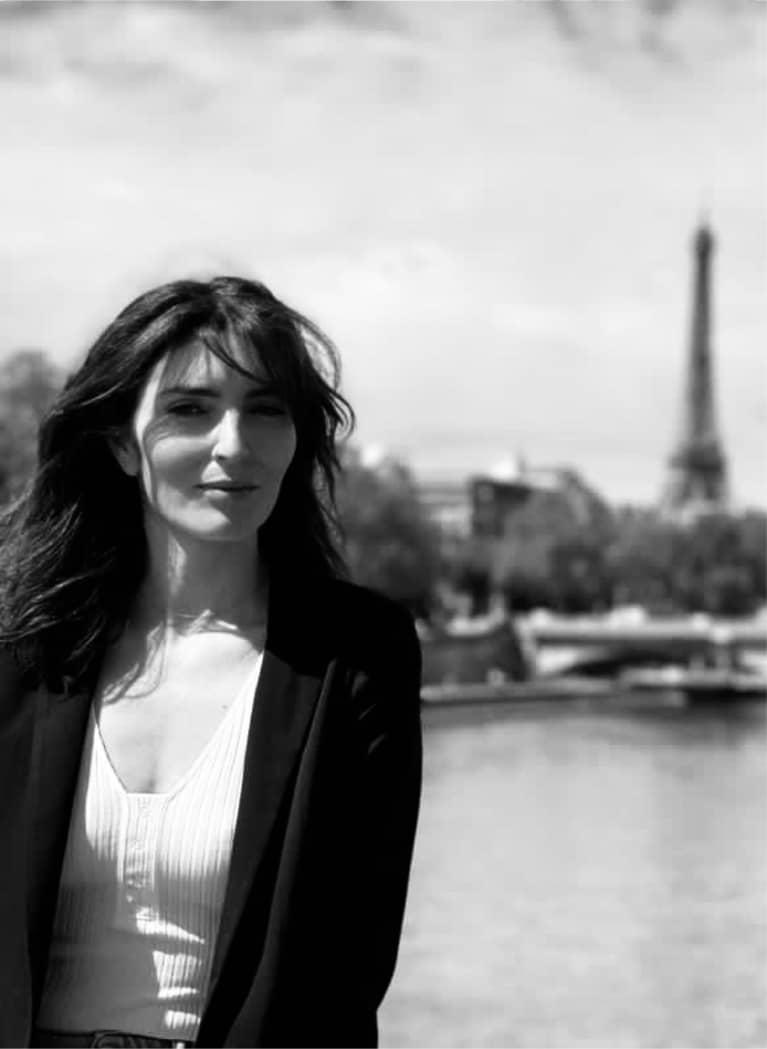 Ingrid Dantas Benarousse was born on July 6, 1988, in Marmande, France, at precisely 1:35 in the morning. Her mother worked as an executive assistant and loved to spend time with her daughters.

She never met her father. Growing up, Ingrid was constantly encouraged to be creative and use her imagination. Following her mother’s initiative, she quickly developed a taste for sewing.  Ingrid was a reserved and distant child. Intuitive and creative, she had the soul of an artist from a very early age. “People often said I had my head in the clouds. But I just loved to observe. And nature was the best place to do it.”

When she was 20, Ingrid discovered feather artwork during one of her sewing classes. Soon thereafter she moved to Paris, where her fairytale really began. Invigorated by a carefree and “anything is possible” attitude, she gained invaluable experience at many of the city’s biggest fashion houses, including Olivia Clergue, Lemarié Chanel, Lesage, and Légeron, where she was able to develop her love for feather artwork. Next came the haute couture fashion shows of Yves St Laurent, Givenchy, and Margiela, where awe and perfectionism are one and the same goal.

Finally, in May 2017, upon returning from a trip to Central America, Ingrid began to develop her very first Ingrid Paris prototype, which she would later put on the market.  After giving birth to her first child in December 2018, Ingrid was awarded the “Made in Paris” label during a competition held by the City of Paris.

A magical year, and the official “arrival” of Ingrid Paris. Today, Ingrid Paris is the personification of its founder and creator, who strives to write a beautiful story with her creations.

Ingrid and Ingrid Paris are the story of two inseparable spirits in search of constant harmony and perfection. Ingrid puts her heart and soul into her work, which is a reflection of her inner world.  A diverse world full of different styles and lacking all labels. A passion that surpasses all understanding.

In 2018, the designer was awarded the “Made in Paris” label after releasing the Jungle clutch. Straight from the Costa Rican jungle, the Jungle clutch shines with its resolutely savage feel. Done in recycled Taurino leather with yellow-tinted rooster feathers, guinea fowl feathers, and blue peacock feathers, this one-of-a-kind bag landed the designer the coveted “Made in Paris” label in 2018. 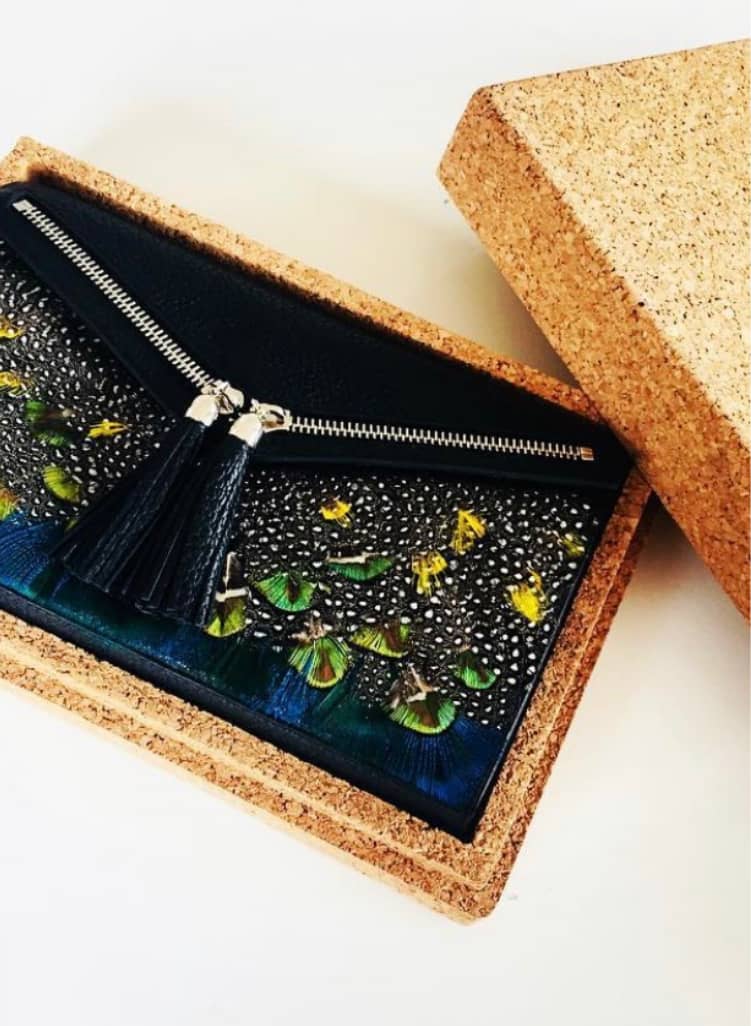 Discover the last pieces of Ingrid Paris,
available for purchase and customization. 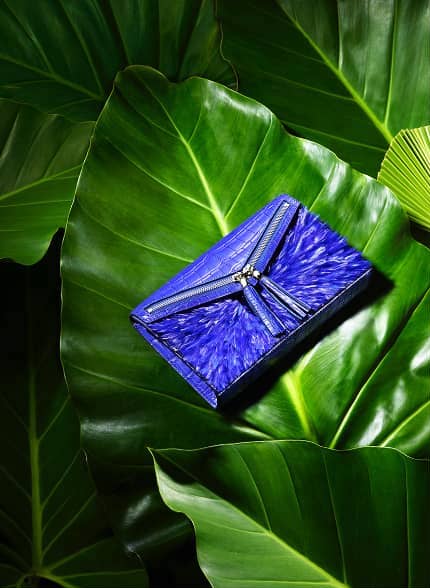 Inspired by the famous Gardens of Majorelle, this one-of-a-kind clutch bag is done in striking exotic blue tones and materials. Handcrafted with alligator leather and dyed rooster feathers, the Majorelle dazzles and entices with its offbeat allure and eccentricity. 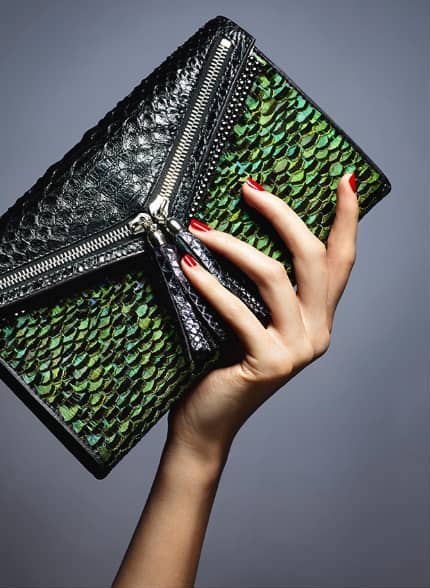 Elegant, enticing, and sexy, the Esmeralda is an ode to glamor and femininity. This unique clutch comes in two versions, each meant to marvel and transcend. 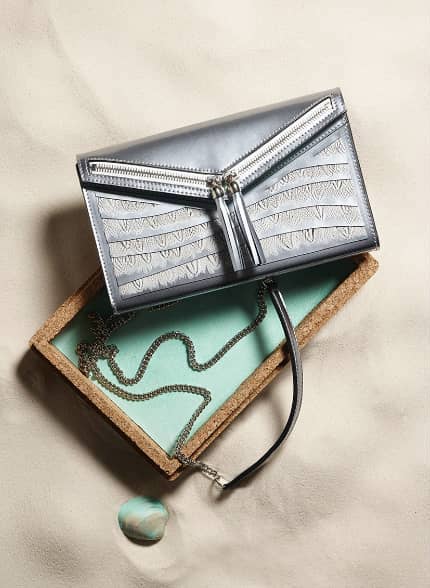 A veritable oasis in the middle of the desert, the Neptune dazzles with its unique cosmic allure. Refinement and sophistication intertwine to give life to this original piece highlighted by a sparkling metallic look. 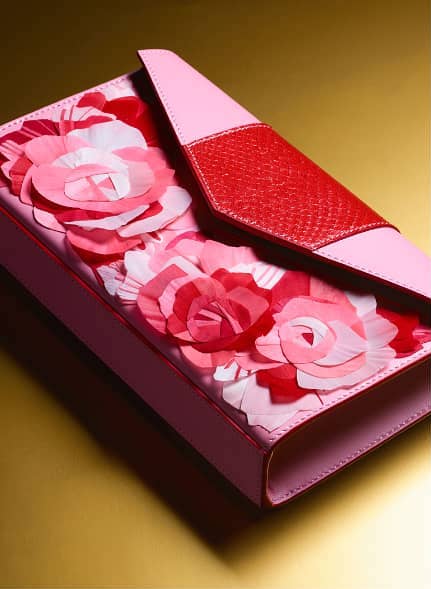 Divinely sweet and irresistible, the Rose Rouge Divine clutch bag captures romanticism in all its glory. Adorned with a fabulous bouquet of pink and red goose feathers, this clutch is perfect for both the red carpet and more casual occasions.